Family-Owned and Operated since 1923.

Ellis Seeds provides the highest quality seed and support for your business.

We are here to provide you with the best service possible.

As a fourth-generation seedsman, Simon is passionate about carrying on the tradition of providing high-quality seed to growers. Simon has a diploma in Agribusiness from Assiniboine Community College. He continues his education at any chance, through seminars, conferences, and conversations with industry professionals.

Simon is actively involved in advocating for the agriculture industry – he is serving on the Manitoba Seed Growers Association. He is a past board member of the Keystone Agricultural Producers, Manitoba Young Farmer’s Committee and Western Grains Research Foundation. 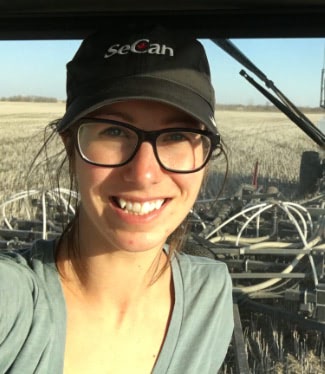 Amanda came from a finance background before joining Simon in the operation of Ellis Seeds. She is responsible for the financials, Human Resources and whatever else is needed. Amanda and Simon drive the direction of the business. She is passionate about their community and spends her time off-farm serving on community boards. Currently, she is serving on the
Wawanesa Daycare board, Wawanesa Curling Club board and Wawanesa Community Foundation board. 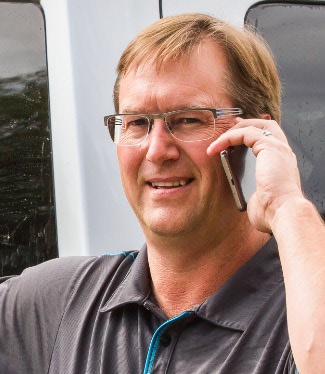 Kelly is our sales and service manager. He is here to assist our farmers with their retail seed needs on the phone, in person or out in the yard. He supports and works with our buyers to source grain or seed from farmers in the area. Being a jack of all trades he can also be found loading seed out to farmers in the spring, running the treater and driving a semi at harvest. Kelly
has been with us since 2016. 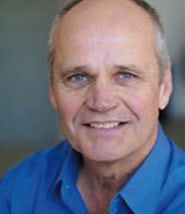 Warren grew up immersed in his father’s seed business,
rouging wheat before he was tall enough to see over it. In 1976, he grew his first field of pedigreed barley and in 1984 bought the business and farm from his dad. Warren graduated with a diploma in agriculture from the University of Manitoba. Warren still enjoys running equipment during seeding and harvest but, having more distance from the business, now has the time to
pursue his acting career.

Ellis Seeds was established in 1923. With a focus on quality,  innovation and customer service, that enabled it to evolve within and ever-changing industry.

Ernest Ellis Sr. Started “The Wawanesa Seed Growers Assoc.” Processed clover, alfalfa, and other forage seeds. They were shipped throughout Manitoba, Saskatchewan, and Alberta by rail.

F.E. Ellis developed the business, cleaning and bagging 58,000 bushels in the latter year. With no building for storage, bags were stacked outside. 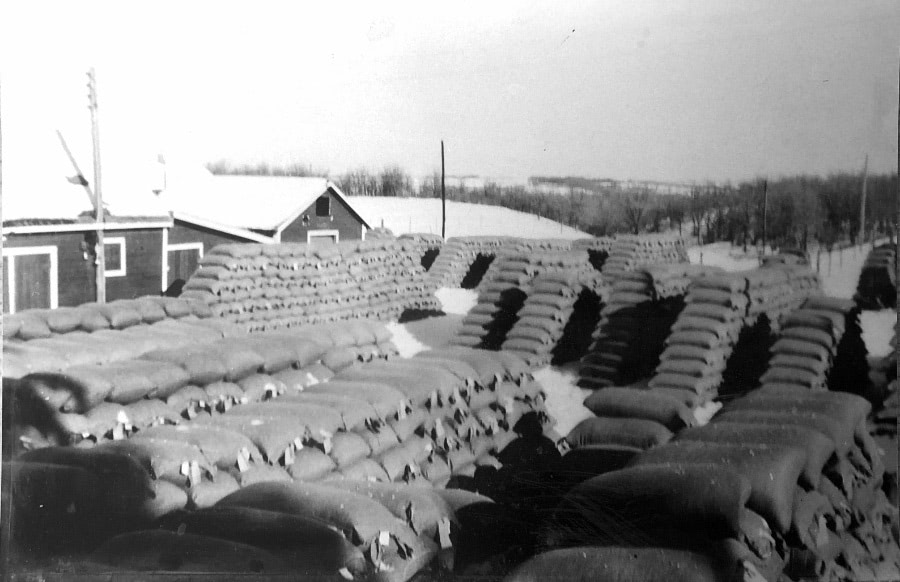 Fertilizer sales were added, and Ellis Seeds received the first load of Simplot fertilizer in Manitoba.

F. E. Ellis retired. The property and building along Highway 2 were sold. The business shifted back to the Black Creek Farm yard.

A large commitment was made to customer seed treating with the purchase of two modern treaters. One being a mobile seed treater that would travel to the customer’s farmyard.

A new state of the art seed processing and handling system was built. The computerized system was designed to make tough separations, be gentle on the seed, and maximize seed quality and purity.

Simon Ellis joins the business and becomes and official pedigreed seed grower. This marks the fourth generation to be a part of the Ellis Seeds business.

Development and testing of a new “just in time” seed treating system began. With a focus on gentle handling, speed, application quality and ease of cleanup.

The process of upgrading the seed cleaning equipment and automation technology began.

Kelly Branigan joined the team as the Sales and Service Lead.

Biosul Premium Plus sulphur fertilizer was added as a new product offering.

Ellis Seeds continues to update their seed cleaning equipment, as well as look for opportunities and partnerships across the agricultural landscape.

To build on the success and sustainability of our operation for future
generations. As a family-run agriculture service operation, we strive to provide
a welcoming environment with knowledgeable staff. We are committed to
supporting both our local and agricultural communities.

We aim to be the most trusted provider of seed and seed services, by maintaining
control of our own quality, purity and performance. Continual innovation in
cleaning, handling and quality assurance gives us the ability to provide the highest
standard of service to our customers.

Get a Services Quote

Get a Storage Quote